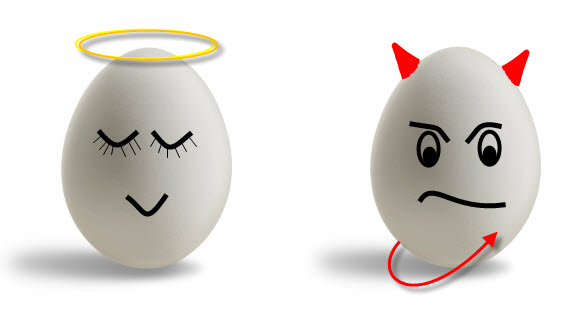 The licensing effect. We’re all guilty of it. Until recently, I didn’t even know it had a name. Knowledge is power, right? So here’s all about the licensing effect, how to recognize it in yourself, and hopefully, how we can try to minimize it.

In simple terms, self-licensing, or the licensing effect, occurs when people allow themselves to indulge after doing something positive first. For example, coming to an exercise class at the Fitness with Rachel studio, and then walking next door to grab a meal from Taco Bell for dinner (yes, I’ve done that). How about drinking a diet soda with your cheeseburger? Going to the gym, then taking the elevator at the mall. It doesn’t need to be exercise or food based, though. Stop watering your lawn, but take longer showers. Install energy-efficient lighting, but leave your lights on longer. You get the picture.

The licensing effect can have real damaging effects. A 2011 study showed that those who were given what they believed to be a multi-vitamin engaged in risky behaviors like smoking more often than the control group. The “multi-vitamin” takers exercised less often and chose junkier foods more often, too. In fact, the more supplements were used, the less likely they were to exercise!

So what do we do about this? While everyone engages in the licensing effect to some degree, the key is to not allow it to become a habit, or to break the habit if it already has become one. Here’s a few tips to help you limit the grip the licensing effect may have on you:

Due to COVID-19 concerns, the studio is closed until further notice.

HOWEVER, many classes are available live streaming online.